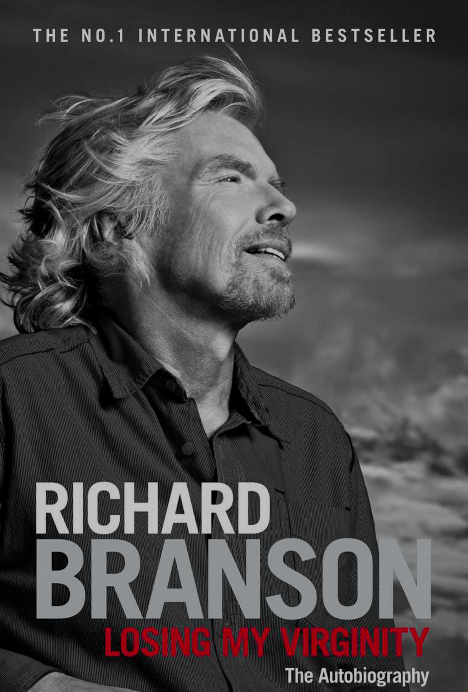 One day in 2014, while I was killing office work time going through my LinkedIn feed, I discovered The Man behind the super successful Virgin empire. Obviously I had heard of the Virgin brand but I never paid attention to who was running the show.

I decided to buy his autobiography “Loosing My Virginity” and it changed my life. So cliché – I know. But it’s true.

I read his autobiography at a time when I was becoming increasingly impatient working in an office doing work I didn’t believe in. His fearlessness and determination spoke to me.

According to Wikipedia he is worth 5.1 Billion US Dollars – a fortune that he started building when he was only 15 years old. Fifteeeeen. That’s crazy. But he did it.

So how did he do it?

In 1966, he and his school friend Jonny decided that they would start a Student Magazine to write about the more “revolutionary” topics of that time. After the launch of that magazine, Branson has been unstoppable for the last 50 years. Not only has he done amazing business but he is also doing his part to change the world with his non-profit foundation Virgin Unite.

He was even knighted by the Prince of Wales for his “services to entrepreneurship” in 2000. So technically we should be calling him Sir Richard Branson. (I wonder if those who aren’t part of the Commonwealth countries are also required to call him that? I hope not… because I didn’t.?)

His autobiography is full of golden wisdom but it would ruin the book to share it all. Below are the lines that spoke to me the most and maybe speak to you too.

“The first issue of Student was published in January 1968.”

Student magazine took 2 years to go from idea to reality. Some ideas take time to manifest. So be patient and never stop working for the goal in mind.

“It was a bold move but even then I knew that it is only by being bold that you get anywhere. If you are a risk-taker, then the art is to protect the downside.”

At the very beginning of his career when money was scarce and he was full of debt, Branson trusted his instincts and took risks. So take risks when your intuition tells you to take risks and stand strong behind those choices.

“Fun is at the core of the way I like to do business and it has been key to everything I’ve done from the outset. More than any other element, fun is the secret of Virgin’s success.”

Always make sure to have fun. Of course that would lead to success. “Fun work” naturally makes us want to work harder and makes even the most annoying tasks seem “alright.”

“Times had changed and we had £ 500 million in the bank. But I didn’t believe in leaving it there. At this point I could of course have retired and concentrated my energies on learning how to paint watercolours or how to beat my mum at golf.”

That £ 500 million he had in the bank was in 1993. He definitely could have retired. But he didn’t. 20+ years later and he is still going strong. Love what you do and you’ll never want to stop.

“For nearly 250 days of the year I travel around the world, trying to make Virgin the most respected brand in the world; not necessarily the biggest, but the best.”

When building a company remember: Quality and respect above all else.

“I never think that I am going to die by accident, but if I were to die then all I can say is that I was wrong, and the hardened realists who kept their feet on the ground were right. But at least I tried.”

Branson has broken world records in some pretty extreme ways – like trying to fly across the world on a hot air balloon. That almost killed him. While some things in life can be scary (like chasing our dreams) – better to try than to wonder.

This book is seriously awesome and I highly recommend you all to read it. I am sure you will enjoy his stories and find your own golden wisdom that speaks to you.

Thanks for reading my friends!

Please let me know your thoughts below. 🙂

Happy start to the new week!

2 Replies to “Richard Branson: An Icon of Business and Life”